This is a little story about how I came around
to build a V-twin AJS which is a replica,   an approximate replica, of a world speed record
attempt bike that was built in around 1929-1930.   But first of all, and to put it in the context,
I'd like to say a few words about my history with   these overhead cam AJS's. Now the first one I ever
had was this one just here. And this is a 1930   R10. I've done nothing to it in terms of paint
or anything like that, it's literally as it came,   apart from the engine and gearbox because
when I fired it up for the first time   there was a clicking noise from inside
it.

And so I ended up taking it apart and   having to remake bits of the crankshaft and
put it all back together with new piston, rings,   rebore, valves guides, all the normal things
you do. And the gearbox at the same time   with new bearings and so on. Anyway having got
this one and ridden it around for some time,   I thought it'd be kind of cool to get a 350.
And one came up at a Bonham's auction and I   bought that for quite a lot of money. I think was
about £11,000 or something like that at the time,   and started rebuilding it. And it was quite a lot
of work. I had to remake all the gears and a lot   of internal bits and pieces there.

While I was
doing it I wondered if I could make one of these   engines. In fact one of the bikes. I figured that
I could use these L-shaped castings just here,   these parts, and make some molds to be able to
cast resins from them. Which is what I did. And   so having done that I could then make as many
resins as I want, and then cut and shut those   to make patterns for castings. I then did a 'what
if'. I've got a lot of Velocette parts, mark one   overhead cam Velocette parts. And I just got
these castings, the crankcase castings, and just   spaced them apart with some washers in between to
see if I could get a Velocette cylinder barrel,   cylinder head, and cam box on there.

And I could.
So if we now move on to this bike just here,   this is the result of these musings in the
workshop. So I could make a spacer to move   the crankcases apart. And that's what's left
of it. that's that's the shape of a crankcase   basically from a SP6 engine. So anyone who runs
Velocettes will recognise all this lot up here.   So that's a Velocette top end, on basically
a spaced apart AJS bottom end. It goes like a   mark one KTT and stops like a little AJS. By the
way it's called the AJcette because I'm giving   credit to both AJS and Velocette.

A lot of people
say there's never such a bike, but there is now. Right so when I was building this one, I
came across, I was already aware of it,   but I came across an article in the Classic
MotorCycle. There's a picture in here of his brute   which is a one-off V-twin
that was made by AJS. And   this is the first incarnation of it,
it's not supercharged at this time.   And it's essentially two of the, the first one
we looked at, the the R10 over there. It's two   of those 500s, the barrels, heads and everything,
on a 50 degree V-twin crankcase. And it was built   for an attempt on the world speed record, which
it didn't get.

It made about 130 miles an hour.   The world speed record at that time was I
think about 134-137, somewhere around there,   held by the Germans. And they took it away after
this and supercharged it. They put a supercharger   on the front and had another go. And I think
they eventually got up to about 134 miles an   hour on it, something like that. So it didn't
quite make the world speed record, but it's an   absolutely stunning looking bike. So I wondered,
could I do a similar thing and make one of these.

And this was then the start of
about a three and a half year   excursion into producing this one here which is what resulted from that. I started really just I
suppose, thinking about how am I going to make the   patterns for the casting. Well in fact I looked
at castings from other bikes like Jap engines,   and that kind of thing. But there
was nothing that was really suitable. So I figured I'm going to have to make my own. So
I started on the pattern work for the castings and   it's quite a laborious process making patterns.
You can only do a bit at a time, at least the way   I do it. Now this is a spare casting. I haven't
got the patterns to hand, they're up in the   up in the loft in my workshop. 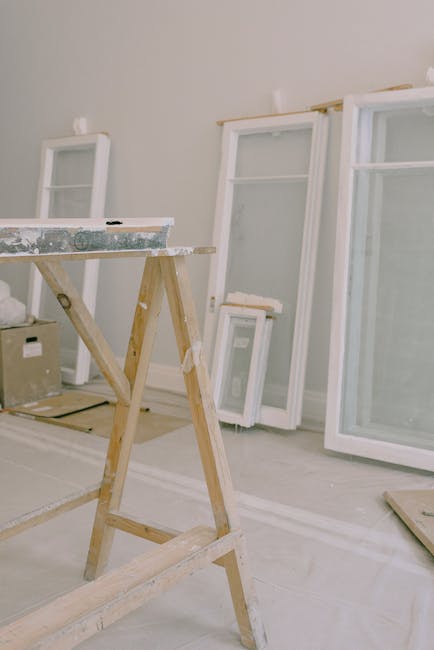 But this is the
drive side, a drive side casting. This is as   they come from the foundry. It's a spare one, I
had two sets made of these. And that's the inner   timing case, and this is the outer one. And that
guy just, once on the machine, bolts on there. The   drive to the camshafts is essentially the same as
these. So there's one gear, it's a 40 tooth gear,   it's driven by a 22 pinion on the crankshaft.
And instead of two sprockets there are now three.   One obviously for driving the front cylinder, one
for the rear cylinder camshaft, and one for the   magneto out the front here. These are Velocette
cylinder barrels, cylinder heads, and cam boxes.   This is running with Ducati pistons in
it. I had to make the crankshaft in here.   I managed to find a big end assembly which is
actually a Harley Davidson Evo, with 7 inches,   7/16ths between centres that fitted exactly.

It's
a knife and fork arrangement, but the rest of the   flywheels and the main shafts and everything, I
had to make all of those and put them together. Into the second gear. compressor in. Contact. Yay! Ready? Chassis. When I started I had no
idea what it was going to go in,   and it just so happened that a 1931 AJS SB, now what is it, SB8 I think it
is, anyway it's the Sloper, 500 Sloper   turned up on Car and Classic. So I bought
that. And it was a complete frame, forks, there was a front wheel with it. I couldn't use
the rear hub because I need a shock absorber. So   the rear hub in here is, it's actually an
Enfield hub but they were used by Brough,   and they were used by Nortons because they've
got a shock absorber in this side of the hub,   and the brakes on this side.

So that's where
the shock absorber is in the system, it's in   the hub over there. The gearbox was the
gearbox that came with the bike, which has   obviously been refurbished. But that's all good.
Three speed gearbox with an externally mounted   positive stop just there. That's from a dolls
head gearbox, Norton dolls head gearbox which I've   re-cased. That's not the head itself. I had to
make all that housing and everything for it.   It was quite a squeeze getting the carburetors in
here. As you can see there's very little clearance   between these and the carbs and the frame and even
between the tappets as well and the frame. It's   quite a tight fit to get all that lot in there.
So the oil tank, what I've done is this tank here,   it actually started life as a Royal Enfield
tool box.

It's off a Royal Enfield Bullet,   About 20 something quid off eBay. And there's
tons of them around. And I've simply used the   curved surfaces on here, one's hidden
behind the carb there, all of this lot,   chopped a bit out of it here and made a section
for it for the filler. And then extended it   slightly and put the back on it. The petrol tank
I, a similar issue really, where to get a right   sort of shaped and sized petrol tank for it.
And the guys in India have been making tanks for   old British bikes for quite some time, and they
do a pretty good job in my view.

I know a lot of   people sort of criticise Indian tanks but I've
only had good experiences really with them.   And this started out as a tank because it had
the right contours particularly at the front,   and the shape of it for an Aerial Model G. So I
emailed the guys that made that and said could you   make me one of these except make it three inches
longer, get rid of this, get rid of that, move   the fuel outlet to the middle here. The clutch, I
made the clutch. It basically uses Norton plates,   but it's a 6 spring Sturmey-Archer end on it just
there. Yeah there's another two into one for the   valve lifter just here. The valve lifter which
operates, if I operate it you can see down here   there are two valve lifters on there. There's a
one into two, just there, that's one, and then two   to operate both valve lifters.

The exhaust
pipes, I had to make the exhausts. And   it's not so easy with these because when they're
upright engines, this the exhaust comes out pretty   well horizontally or maybe slightly down, but
with 50 degree V-twin it's pointing up in the air.   So there's some quite tight bends in
it there. That's not my best bit of   sticking together. It looks a bit better than
that actually if you come around the other side.   They're made up of multiple sections and then just
tacked together, welded. I get the bends done by a   company down in Worthing here, Pipe Craft.

There's
a bend there, there's another one there, another   one down there, and I just tack them and then
weld them all the way round and clean them up.   It's set up with just straight exhaust as is the
original, but I've put some little muffler things   in there at the moment to try and quieten it down
a bit. It is still fairly noisy. It hasn't had a   lot of road time yet. I've been up and down the
road on it, but I finished it around beginning of   December somewhere around there. December 2021.
And then it just poured with rain for weeks on   end, and then it's been cold and miserable after
that and I don't particularly enjoy driving in the   cold and wet these days. So I'm just waiting
for some warmer weather to shake it down. Well, running okay. A few problems to sort out yet. There's one sentence, you can never say after a haircut. I'd like to see the hair longer.  This may be impossible, in the barbers’ and hairdressers’ business. But with custom Restoring motorcycles is an activity that you will surely love. It is something that you can be proud of, and it will give you a sense of accomplishment once you